With the advent of digitalization of society and the Web Economy [1], despite online trade and electronic payments almost exclusively with the brokering of financial institutions, the demand for “digital money” has come up.

Here, we are not talking about electronic currency (which is a representation of fiat currency, issued by a Central Bank) or the use of credit card in an online shop, but yet of that “digital asset” which brings reliability, privacy, transparency (of the transactions) and speed to operations on the Internet [2].

In parallel to the rising of cryptocurrencies and the new business models of the shared economy that has transformed the “reputation” of individuals in a useful and manageable attribute, a crisis of trust has been installed in the traditionally trusted validators.

The uncountable scandals involving governments, financial institutions, and big corporations have motivated society to search for solutions for the numerous problems caused by the centralized pattern of data transfer and commercial transactions. For those who wish to understand this crisis of trust better, I suggest watching the US documentary, “Dirty Money” that shows corruption schemes in the US corporations. 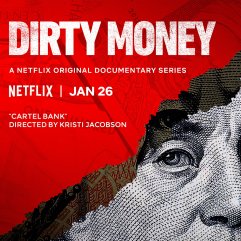 In the last twenty years, economy progressively backed out from the traditional model of centralized organizations and institutions where big operators, many times with a dominant position, were responsible for rendering services to a group of passive consumers [3].

As far as the participation of intermediates for granting transactions between individuals refrained from fulfilling the needs of a globalized and interconnected world, it was a matter of time until human intelligence could design a solution for satisfying the new social ambitions.

Blockchain and its gatekeeper role

This scenario is where blockchain architecture that a few years ago seemed ineradicably connected to cryptocurrencies like Bitcoin, comes up to take on a new role, the facilitator (for reaching the new social “values” such as safety, privacy, transparency and speed) and the gatekeeper in the “Era of Trust”[4].

By allowing the execution of applications securely, guaranteeing the direct interaction between strangers or individuals that do not trust each other, in a distributed network and without the need of an intermediate or trusted validator, the blockchain infrastructures eliminate uncertainties and introduce a new way of checking trust to human interactions.

In Blockchain, we trust

The expression “In Blockchain, we trust,” very much used lately, has its sense of purpose because, in Blockchain, the transactions between individuals and the value transfer are guaranteed through algorithms, that is, by mathematics and by cryptography.

Thus, here we have the empowerment of people. This change in the entitlement of those who grant reliability to business relations pulls away a parcel of power previously destined to intermediates and trusted validators, transferring it to the people who effectively take part of a given transaction.

In this environment, as a gatekeeper, blockchain has the power of reinventing all the market categories (monetary, payments, financial services), making it possible the reset of countless industries (Healthcare, Real Estate, Security, Government, Charity and Aid Organizations, among others) and, besides the disbelief of the more skeptical, impact all the areas of human knowledge [5].

[1] Revoredo, Tatiana. In: The digitalization of Society: web economy in Brazil. Jota, 2017.

[2] Revoredo, Tatiana. In: Reflections regarding regulation of new technologies. Jota, 2018.